While most sellers (yours truly included) typically focused on increasing top-level revenue as a sort of one-size-fits-all success plan, the truth is, what we want is MORE PROFIT. Not just more sales.

So let’s find ways to put more money into our pockets vs. mere top-level revenue to brag about, posting screenshots on Facebook.

The following is a true Amazon inventory story of how exactly this plays out in the real world.

It Happens To The Best Of Us 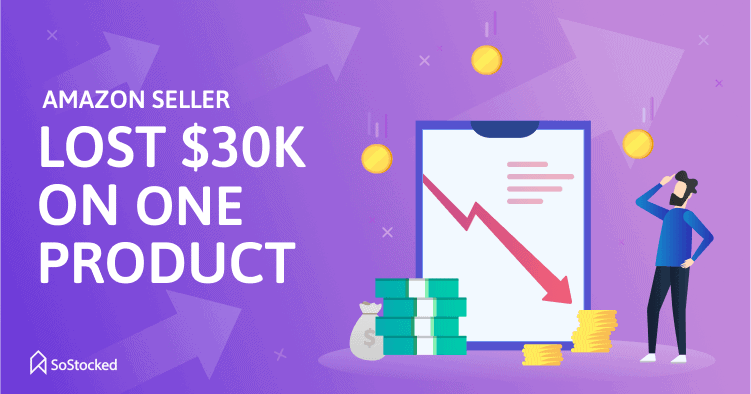 Before we get to the main inventory control story, here’s a side anecdote, something that happened to us.

Let’s face it; we all get busy. Not just with business, but with life. My goal was to get our new Amazon  business more or less onto “Autopilot” so I could do the things we dreamed of when we started this business, like:

It took us years to finally muster the courage to travel to China to meet our supplier. But in October of 2017, we took the plunge and went with the Titan Network, a high-level mastermind group, to the Canton World Fair. In that one trip, we were able to renegotiate our production costs and save 20 cents per unit on a product selling 4000+ units/month. Quick math will show that this is a savings of at least $9,600 per year.

When we got home from our China trip, we did the math and realized that we had lost almost $30,000 on that one product in the last three years in business by NOT making the trip sooner. And that’s lost profit!

Enough about my own business. What about inventory control and what it means for your Amazon business? The following is a true story…or, as they like to say in Hollywood, “inspired by true events”. 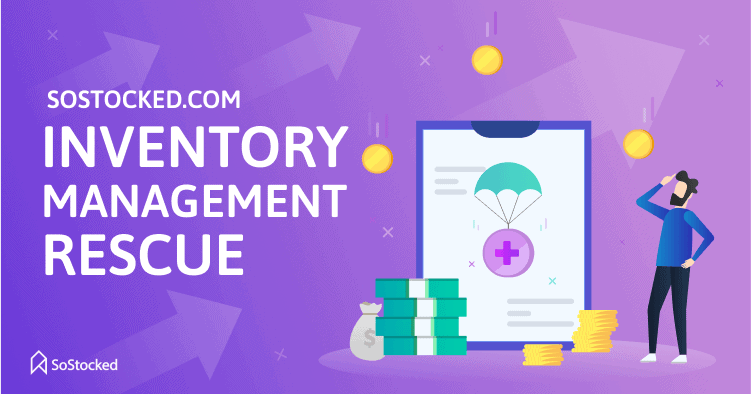 The following is a story about a SoStocked customer who we’ll call James, who was selling a few products on Amazon USA.

James was one of those lucky sellers who had the “good problem” of selling more than he could keep in stock. Because of his instant success, he’d been sourcing products overseas and shipping everything by air freight.

If you’ve been selling on Amazon for more than 5 minutes, you know that air freight is faster than shipping by boat, but it can cost a lot more, especially for larger shipments.

Up to this point, James had no idea what was really happening with his inventory or logistics. Like most Amazon sellers, he had been ”managing” his inventory by waiting until this Amazon dashboard told him he was running out of stock.

He’d then place a new order with his supplier, only to find out that production was taking longer than promised, leading to stock-outs, crashing sales, lowered rankings, and more.

This manic, reactive methodology to inventory management created so much “guess stress” for James he started losing money and sleep.

As his business continued to grow and as orders continued to demand further control over his logistics, James decided to start using the SoStocked software to take back control of his inventory.

After a month of using SoStocked, James dialed in his forecasting and reordering and finally was no longer behind and didn’t have to rely on expensive air shipments. And it allowed James to look into sea freight instead.

After working with his freight forwarder, James was able to start shipping by boat instead of air, which lowered his per unit shipping costs from $1.20 by air down to $.045 by sea! That’s a 63% reduction in shipping costs!

At that time, James says this saved him $27,000 that year in shipping costs!

What This Means For You 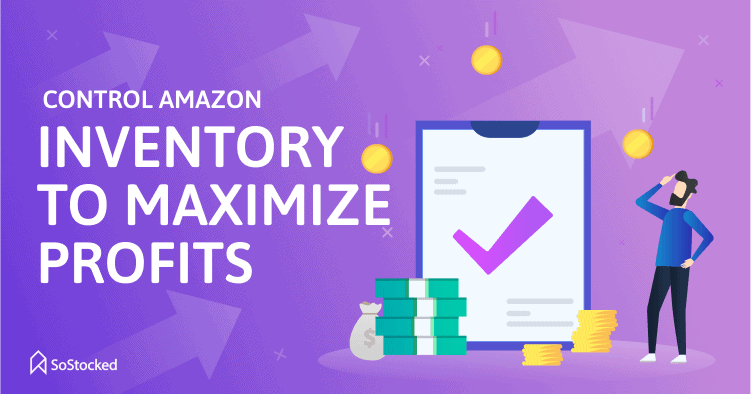 As James’ business continued to grow, by reinvesting profits back into the business, he could scale his sales much higher. The current estimated annual savings in shipping costs is up to $150,000 per year!

Of course, this is a compounding figure, meaning when James reinvests these savings into his business, the money saved exponentially grows as he successfully launches more products.

I don’t know about you, but I could use an extra $150k/year. Imagine what you could do if you reinvested $150/year into launching new products, better marketing, better staff, more traveling….or…a new boat?

But beyond the money and profit increase, there were some other tangible benefits that James saw, such as:

There are many, many ways to save and make money in business. You are not the same as James. You may be similar but your company has unique differences that set you apart from everyone else’s.

As we’ve always said, there is no such thing as a “one-size-fits-all” solution. And with StoStocked, you can see your numbers in real-time, project your growth, and get rid of the stressful, time-wasting activities that are preventing you from seeing the BIG PICTURE.

More time means more opportunity. As the saying goes, “you must be able to see the forest through the trees”—the big picture. The most money you’ll ever lose is the money you never made in the first place by poor financial management and planning.

So stop wasting money and start taking control of your inventory to maximize profits.  Sign up for SoStocked today!

Chelsea Cohen is a 7-figure Amazon seller, speaker & consultant. An Amazon expert, her regular clients include 7 & 8-figure sellers. She has been featured on AM/PM Podcast, Seller Stories with Jungle Scout & the Amazing Summit stage, among others.

Get SoStocked Now
$79 a Month For Life!